Who killed the beetle?

I specifically told all the 38 participants in my first Canon Penang Macro Workshop (May 22, 2010):

No insects should be harmed in the making of your images.

And this is what happened. Okay, where's my super glue? :D

A few shots taken by Xavier during the Macro Workshop that day.

Posted by Kurt (OrionMystery) at 4:17 PM

Life In the Undergrowth

"If we and the rest of the backboned animals were to disappear overnight, the rest of the world would get on pretty well. But if they were to disappear, the land's ecosystems would collapse. The soil would lose its fertility. Many of the plants would no longer be pollinated. Lots of animals, amphibians, reptiles, birds, mammals would have nothing to eat. And our fields and pastures would be covered with dung and carrion. These small creatures are within a few inches of our feet, wherever we go on land — but often, they're disregarded. We would do very well to remember them."

–Sir David Attenborough, in closing of the "Life In The Undergrowth" documentary.

While I enjoy every single minute of the 5 episodes x 50 minute series, it's the closing by Sir David Attenborough that really moves me deeply.

You have read the words, now see the short clip which i extracted, and hear it from Sir David Attenborough himself.


Go search for more clips of the series on youtube. Better still, get the DVD. The article on Wikipedia on "Life In The Undergrowth" is an excellent read too.

Posted by Kurt (OrionMystery) at 3:31 PM

Email ThisBlogThis!Share to TwitterShare to FacebookShare to Pinterest
Labels: Documentary

See you guys/gals there. Bring your DSLRs, macro lenses, speedlights, flash bracket, dedicated macro flashes and any DIY stuff you have. Come say Hi to me after the talk. I should be able to give you some ideas for further improvement.

See you! Hopefully, there'll be more upcoming ones in KL/PJ, Kuantan, JB etc!

Up Close with a Rafflesia!

The whole trip was really quite impromptu. I had contacted an agent a couple of days ago and they called me the following day to inform me about an upcoming trip. I immediately packed and drove down to Gopeng and spent a night there.

It was gloomy as we started trekking up the forest hill. By the time we saw the Rafflesia, it was practically pouring! My lens got foggy and there was no suitable place to set up a tripod. 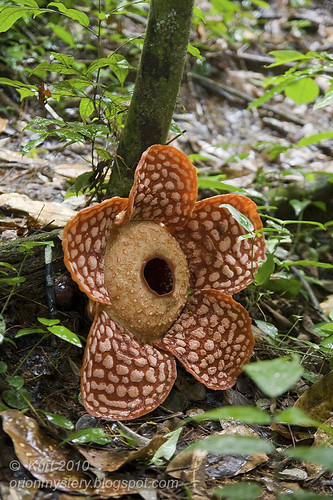 But wait, there's another Rafflesia.

Fortunately the rain subsided and I was able to set up my tripod and start shooting away!

Up close with a Rafflesia (Rafflesia cantleyi?) 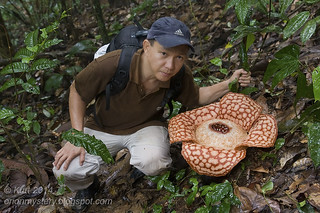 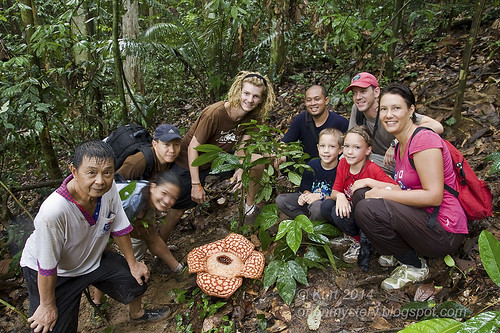 We came across a couple of salt licks where mainly Rajah Brooke's birdwing butterflies congregated. Quite a magnificent sight!

Up close with a Rajah Brooke

Yes, I finally found a Lantern Bug/lanternfly! (Laternaria ruhli). Lucky me! It really made the whole Endau Rompin trip more worthwhile than it already was! Part One of my Endau Rompin visit post is here.

Edit: i have since found more lovely lantern bugs. Check out my collection here.

It was also my very first time sighting and shooting a Lantern Bug/lanternfly so you can imagine how excited I was! :D.

Naturally, I took all the precaution I could. I started taking shots of it from far far away - like this. Many of this, I mean.

Then i got closer. Many more shots.

Even closer. Again, many more shots.

Of course, I had to cover this beauty from a few different angles as well :D

If you love Lantern bug / lanternfly , do check out the blue type, Pyrops whiteheadi I found in Danum Valley.

Email ThisBlogThis!Share to TwitterShare to FacebookShare to Pinterest
Labels: lanternfly