Giraffe weevils / leaf rolling weevils / long necked beetles are one of my most favorite macro subjects. They are so just so cute and photogenic and a great fun to photograph, even more so when they are mating!

I found my first giraffe weevil on March 8, 2008 - a male with long neck! But it wasn't until Oct 9, 2010 that I managed to find a mating pair of that particular species. More info here.

These yellow spotted giraffe weevils are still quite new to me. First found on April 22, 2012, this species has been identified as Korotyaevirhinus necopinus orientalis,  Legalov, 2003. (ID credit: Andrei).

I found a female rolling a leaf to make a nest out of it on May 25, 2012. The process is documented in this post .

I was lucky enough to have found a mating pair by June 7, 2012. Both the males and females of this species have similar neck length. 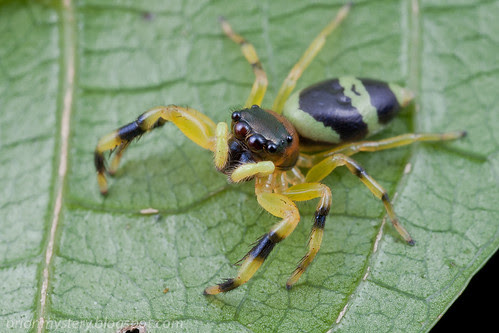 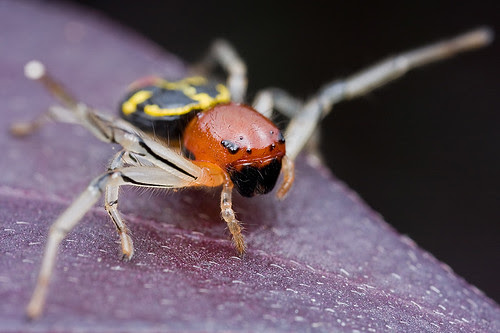 My first time finding a Salticid like this, no ID yet. 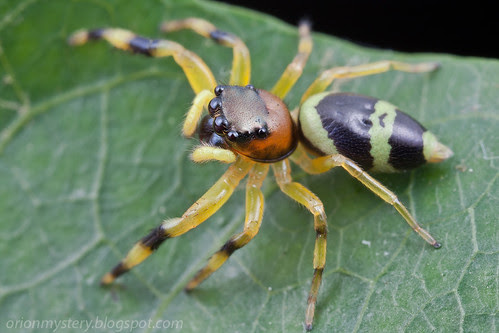 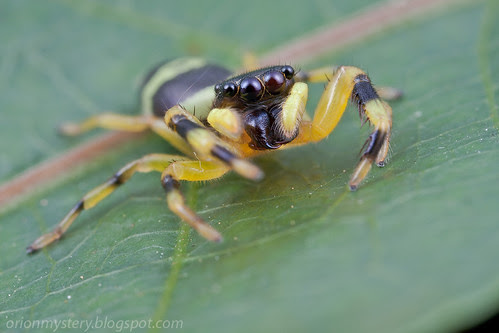 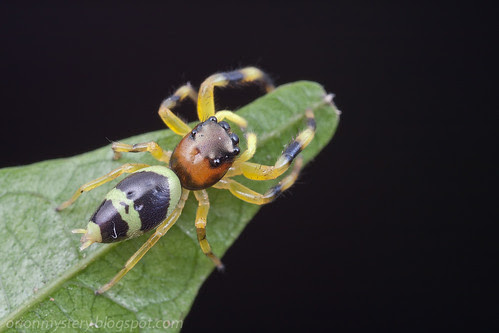 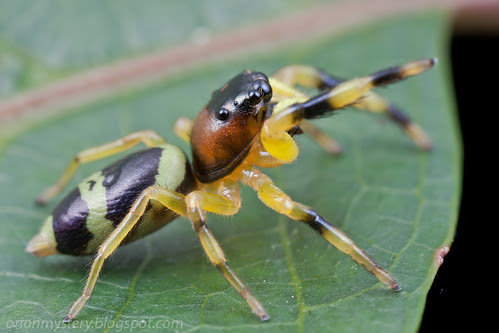 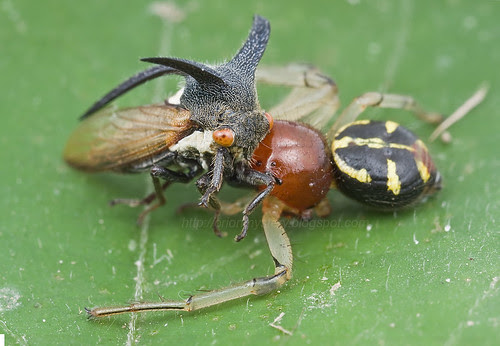 This one caught a larva. 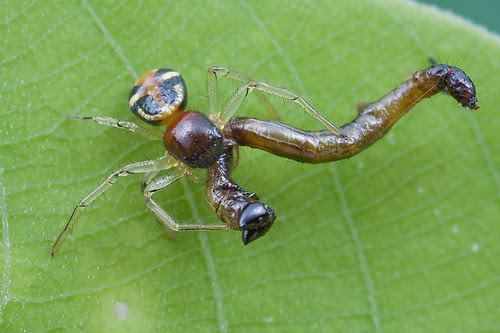 Anyway, it's not safe even for a crab spider. 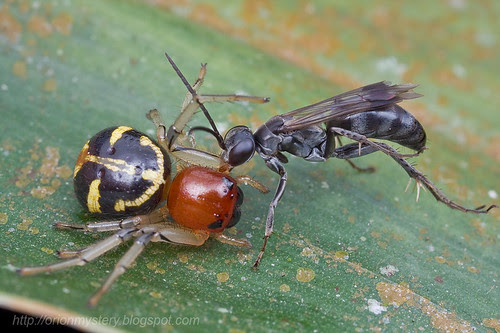 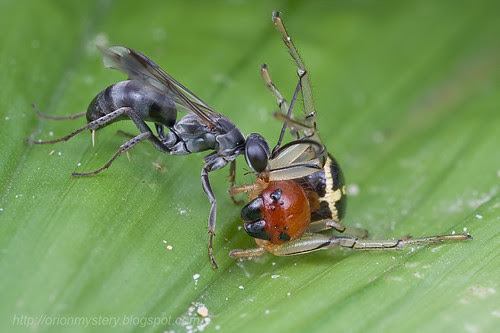