More wonderful arthropods from Danum Valley. If you missed the first part and the introduction to Danum Valley, plus all the big and lovely wildlife like sambar deer, Orang Utan, you can check it out here.

Except for the lantern bugs and mantis images, all were shot with a 40D, MPE65 and MT24EX with DIY concave diffuser.

The amazing lantern bug Pyrops whiteheadi from Danum Valley. Surely one of the best catches of the whole trip! You can also check out the other type of lantern bug - Laternaria ruhli i photographed in Endau Rompin. 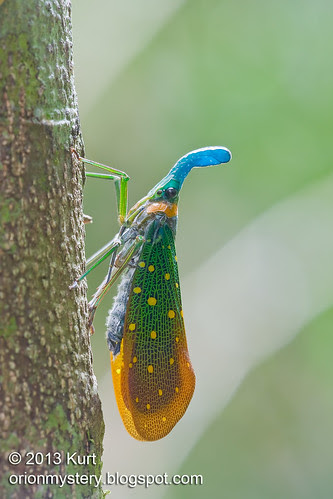 And of course, the prettiest Theopropus elegans I have ever seen, so far. She made the trip even more complete! LOL. 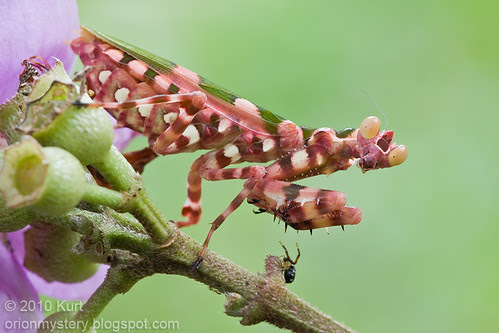 A long necked longhorn beetle: Gnoma subfasciata.  Never seen anything like this before! 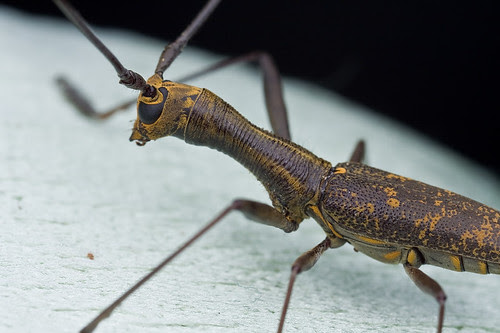 Many of these red assassin bugs in Danum Valley. They were found either preying on other arthropods or mating :D. This one was preying on a beetle. Merged from two images because the subjects were too big for the MPE65. 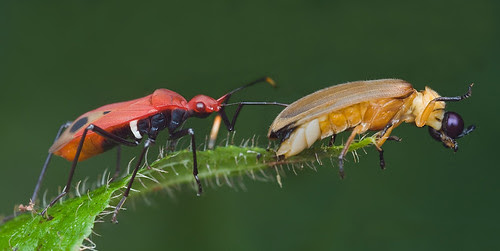 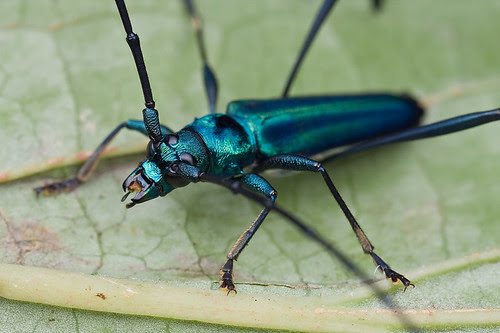 As predacious as those red assassin bugs are, sometimes they become prey themselves. This big and beautiful lynx spider caught one for lunch! 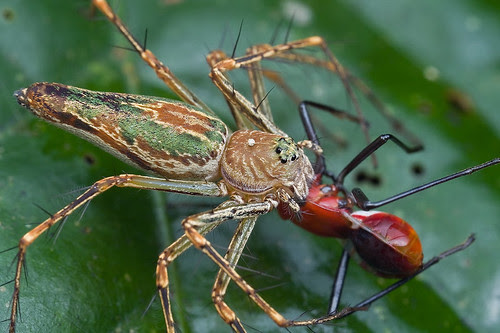 And those we didn't quite manage to capture :(. Oh well, I will get these shy lantern bugs that always stay so high up on trees someday! Heavily cropped because like I said, they were too high up on trees! 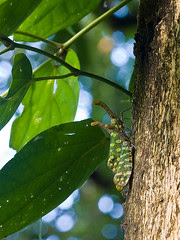 That is it for the Danum Valley trip. I hope to make it to Maliau Basin next year!