Ant mimicry is mimicry of ants by other organisms. Ants are abundant all over the world, and insect predators that rely on vision to identify their prey such as birds and wasps normally avoid them, either because they are unpalatable, or aggressive. Thus some other arthropods mimic ants to escape predation (protective mimicry). Conversely, some species (e.g. Zodariidae spiders) use their anatomical and behavioral ant mimicry to hunt ants (aggressive mimicry). Other cases are also known.[1] The term myrmecomorphy is also used to describe ant mimicry. 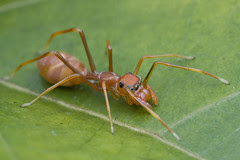 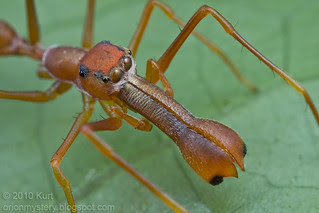 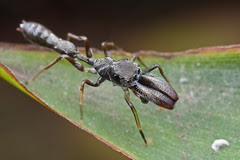 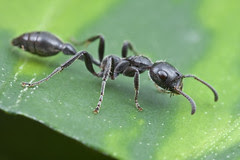 An ant-mimic katydid of Macroxiphus sp. nymph, a mimicry of the Camponotus sp.? 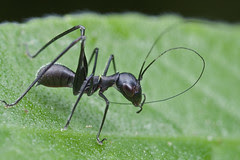 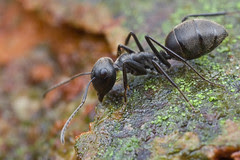 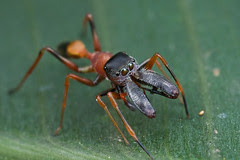 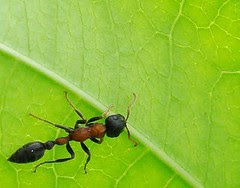 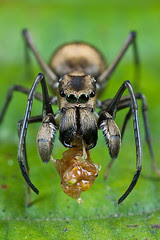 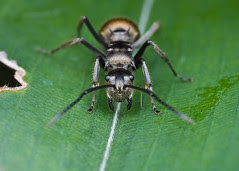 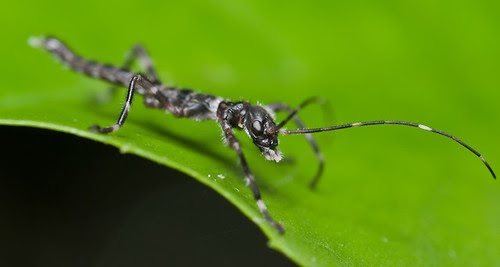 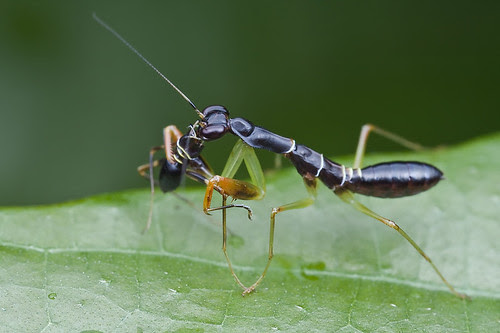 Ant-mimic Alydidae, two of them. 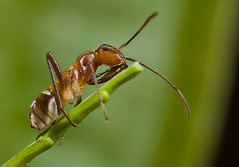 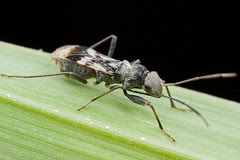 Aggressive mimicry - mimic ants in order to hunt them! 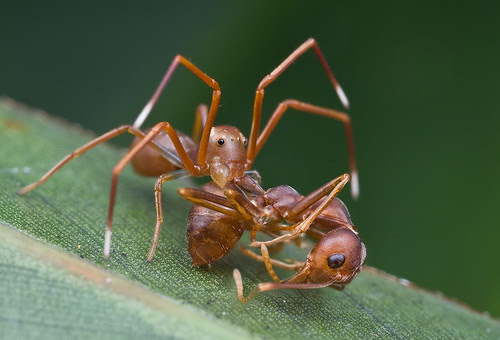 An assassin bug nymph, Acanthaspis petax, with ant carcasses on its back, and an ant prey! 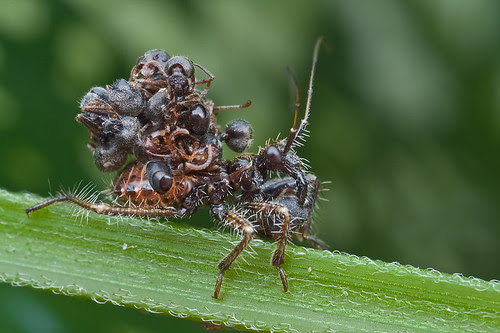 Posted by Kurt (OrionMystery) at 9:24 PM

Email ThisBlogThis!Share to TwitterShare to FacebookShare to Pinterest
Labels: mimicry