Like most people, I like butterflies. (Who doesn't?:D). However, while i like them and think they are beautiful, I never really have very high regard for them. So the butterflies pollinate a few flowers, plants and crops, but they are no where as efficient as the bees in this aspect.

I didn't realize how wrong I was until I stumbled upon this website: Langkawi-gazette


Excerpt from the page:

The rainforest – once going into decline, can not recreate itself, because the Butterflies will be missing

What have the Butterflies to do with it ?

Here we have to know two things: Langkawi has such a big number of species of Butterflies (340) because his rain forest has such a huge number of different plants and trees. Each specie of butterfly is dependent upon a certain kind of plant or a certain kind of tree and in return helps this plant or tree to fertilize its seeds.

Once a species of Butterfly is extinct, because there were no more trees of a certain kind to sustain it, the seeds of the remaining trees of this specie will not be fertilized anymore: a downward spiral.

Simply counting the species of Butterflies immediately shows if a forest is untouched and in good shape (with many kinds of trees), or if it has already declined to a near mono culture of only a few species of trees left.

That’s why the Butterflies are so important, because Butterflies (and the Moths) are the ones who fertilize the seeds of the trees in the flowers on the top of the crown. This is not done by Bees or Wasps or any other insects, it’s done by the Butterflies

Here's to all the beautiful butterflies out there! 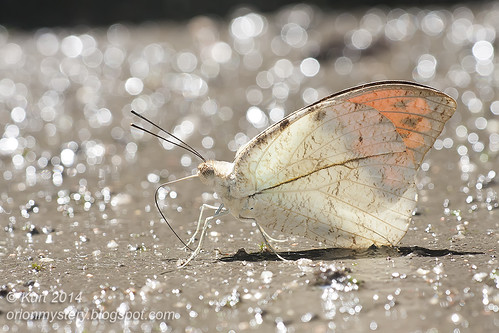 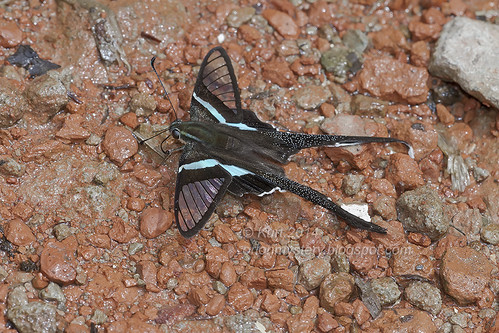 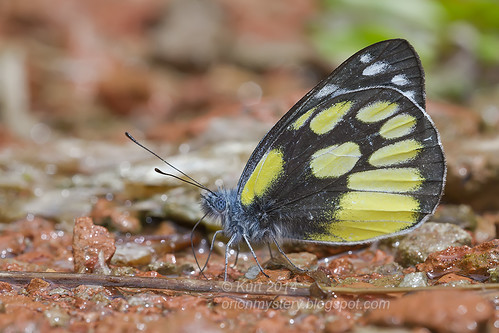 A bunch of puddling Rajah Brooke's birdwing butterflies (Trogonoptera brookiana ssp. albescens). Can you spot the two odd ones out?

Odd ones: One is Great Mormon. And one top maybe Red Helen or Black and White Helen. 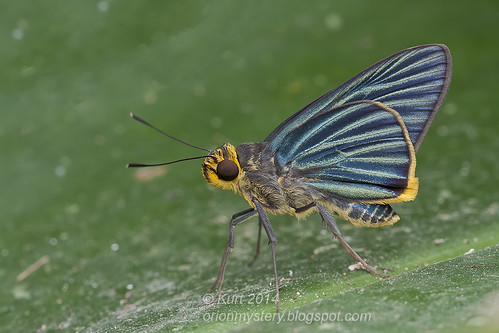 Found this one sleeping at night.

Mating pair of Sailors on my finger, not sure of the exact sp.,

If you would like to learn more about butterflies and butterfly photography, I highly recommend that you check out the Butterfly Circle. Also check out my buddy LC Goh's great collection of butterfly images!


the butterfly's tale;
Swarms of butterflys were once widespread across our countrysides, but now you will be lucky to see one or two...
The decline is due to Industrial agriculture, the loss of 97% England's natural grasslands and wildflower meadows, the increase of motorways and urban development plus climate change which brings new predators and diseases..
Butterflys are essential eco system pollinators benefiting both agriculture and medical science for its plant derived medecines, as well as being sensitive indicators of environmental change.

The last species extinct in Britain, the Large Blue (Maculinea Arion)(d.1979) was re-established in the 1980's by Professor Thomas, who stated "What is bad for butterflys is bad for all species -- including our own''.
( http://www.butterflyworldproject.com/ )
Other Species recently extinct in the UK; Mazarine Blue (d.1904) Black-Veined White (d.1925) & Large Tortoiseshell(d.1970's). Currently 1/3 of only 435 species in Europe are under threat...
Around the world the Large Copper of Ireland, Giant Swallowtail of Jamaica, Atewa of Ghana, American Silverspot and Apollo of the Alps have also become extinct.
In The USA the Monarch butterfly now faces drastic reductions following destruction of their milkweed seeding plant by biotech agricultural chemicals.

On a brighter note, in 2008 Sir David Attenborough the BBC's Natural history broadcaster launched a £25m conservation project to reverse this disaster. Butterfly World, has 250 species flying in its dome, and also hosts extensive gardens and meadows to attract native British species.
( http://www.butterflyworldproject.com/ )

To save the butterfly, plant suitable nectar producing plants, the best are the Buddlea, Ice-plant, Lavender, Michaelmas Daisy and Marjoram.
Caterpillars also need feeding so plant Holly and Ivy in sunny positions where they can grow tall and flower, & keep the Stinging Nettles as these are home for the Comma, Small Tortoiseshell and Red Admiral butterflys.

Posted by Kurt (OrionMystery) at 4:31 PM