I was extremely excited when I found this spiny / spiky version of the more common Paracycnotrachelus sp. giraffe weevil / long necked beetle a couple of weeks ago.

Edit: this spiny/spiky weaver has been IDed as Hoplapoderus hystrix (Fabricius, 1801). Thanks to Andrei from The leaf-rolling weevils (Coleoptera:  Rhynchitidae, Attelabidae) of the world fauna 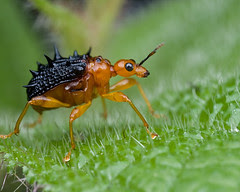 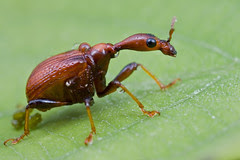 It is easy to see the resemblance. The only difference being the one on the left has spines / spikes on her elytra. Of course, I could not help thinking how dangerous it would be for a male spiny giraffe weevil / long necked beetle to mate with a female, with all the spines / spikes. Ouch :D

The similarity doesn't just end there. I was lucky to witness the whole process of how a female beetle roll up a leaf  to lay egg in.

This is the host plant for this type of spiny giraffe weevil / long necked beetle. I don't have an ID for this plant yet but the closest match I found was Celtis sp. 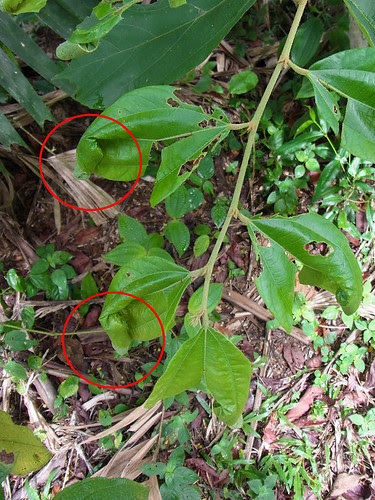 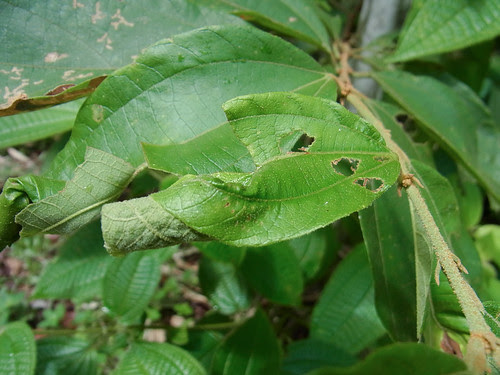 The hole was the work of this cute spiny giraffe weevil / long necked beetle. She feeds on this plant, and lay eggs on similar plant too. 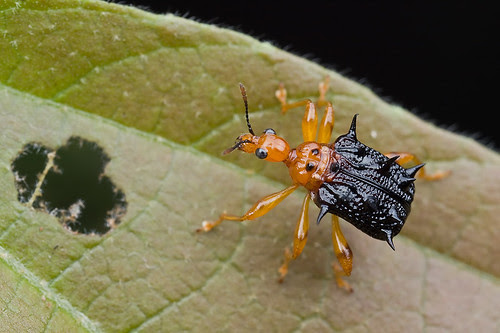 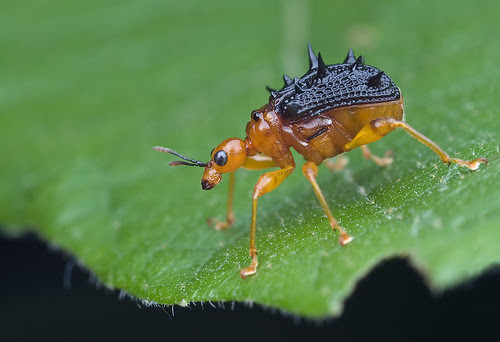 The next logical things to do, is, of course, to find a male specimen, and better still, a mating pair! 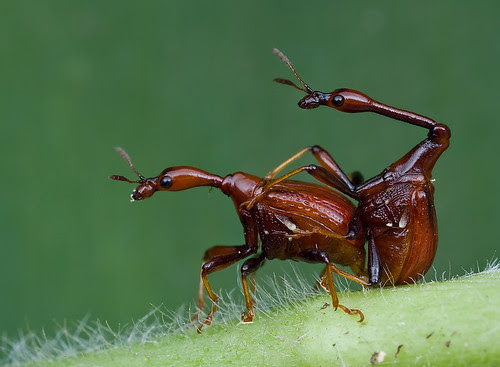 Posted by Kurt (OrionMystery) at 8:15 PM