This is the fourth species of giraffe weevil / leaf rolling weevil I have found in Malaysia. I even found a female building nest! These have been IDed as: Korotyaevirhinus necopinus orientalis,  Legalov, 2003. (ID credit: Andrei)

I took too many shots of these weevils....but who can resist such cuteness? :P 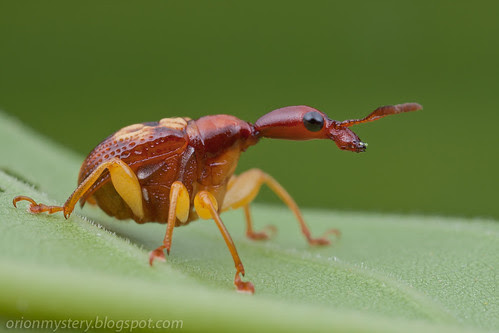 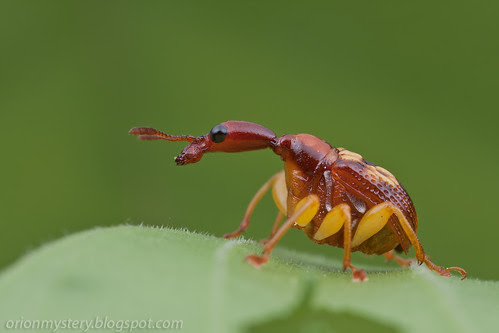 Yes, the weevil ate that much! 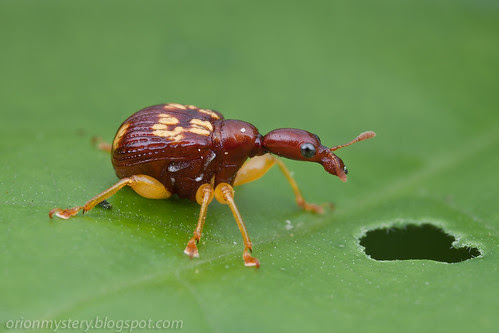 When nature calls? No, it's not what you think. 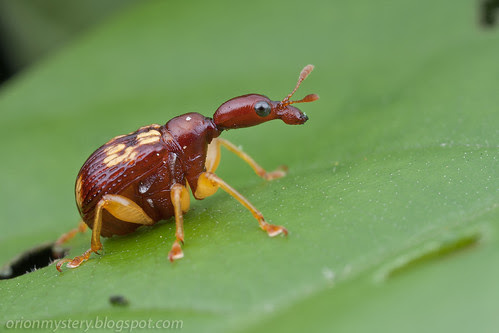 I found these giraffe weevils on this host plant: 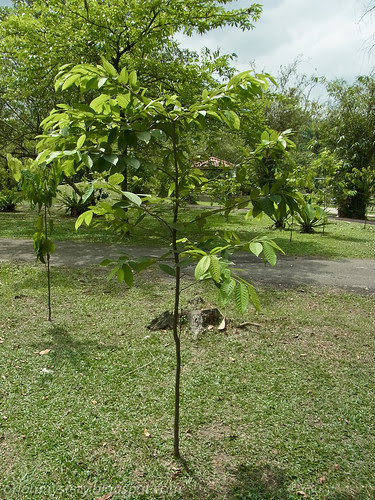 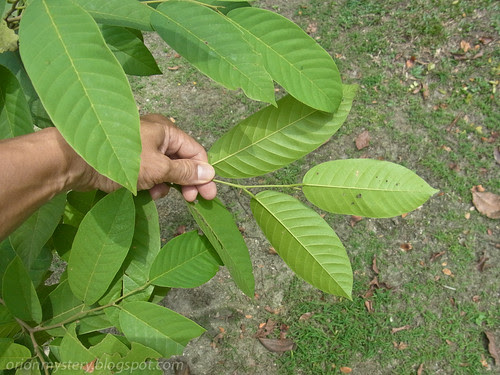 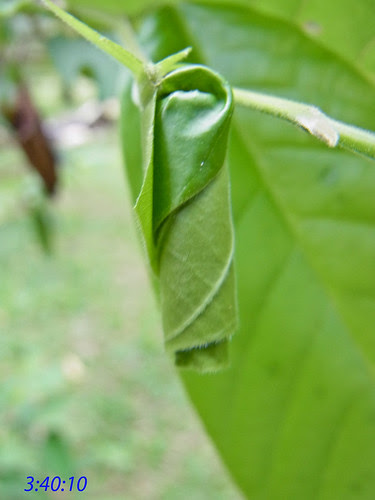 When I found her, she just started rolling the leaf! The main vein of the leaf had already been severed. The blue font indicates the time stamp. 2:44:39 pm. 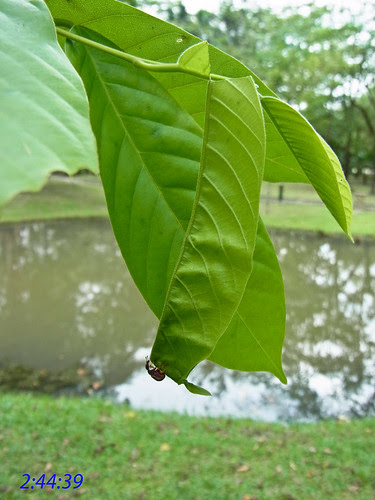 A female with her newly completed nest / nitidi. 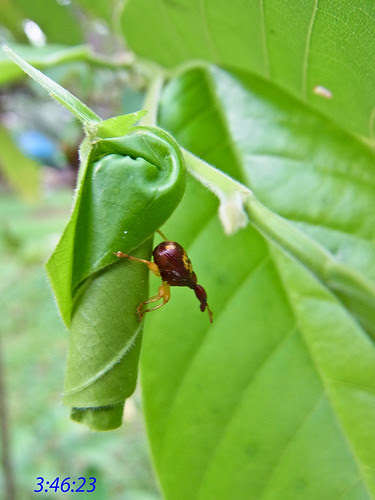 I created this short clip from all the stills I captured with my point and shoot / compact camera. Again, the text in blue indicates the time. The whole process took about one hour.

I guess what's missing now is a family picture. I mean, mating shot. I have seen so many of this species but never one with long neck, therefore I suspect that both males and females of this species have similar neck length.The final confirmation came when I saw a picture of a mating pair posted by someone on Facebook! You can view the image here.

Check out the other three species here: