The life cycle of lichen huntsman from mating stage, laying eggs, guarding nest, and protecting the spiderlings until their second molts. Thanks to SpiderJoe for sharing his knowledge which made this post possible. 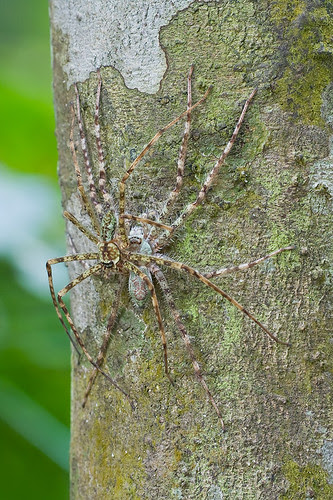 The same pair from a different angle. 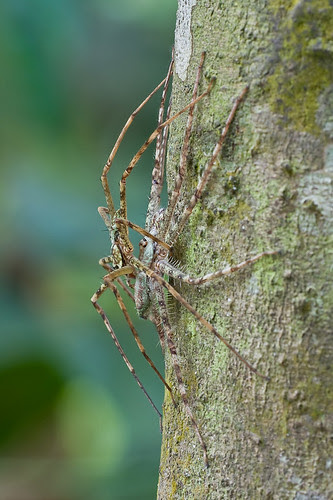 Mom-to-be lichen huntsman guarding her precious eggs/nest. Not the same mom as in the fifth image and onwards. Just to give you an idea of what it looked like. 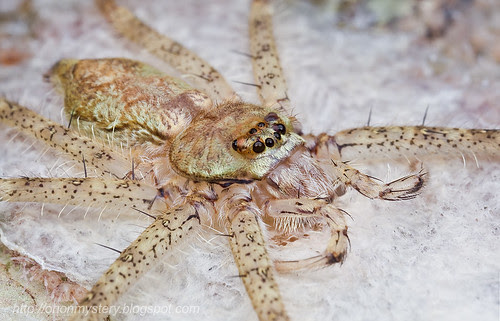 Since i had no idea when the eggs were laid, so no info on how long it took for the eggs to hatch. 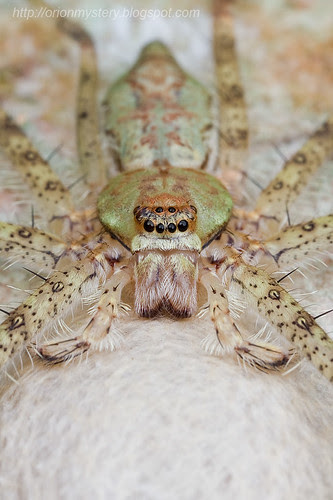 Lichen huntsman momma with her brood of spiderlings 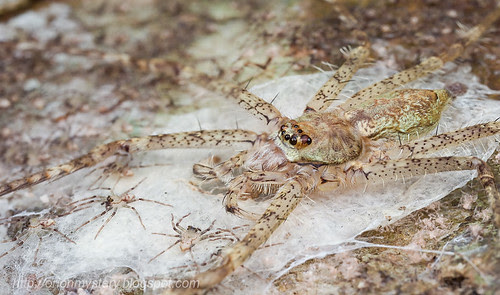 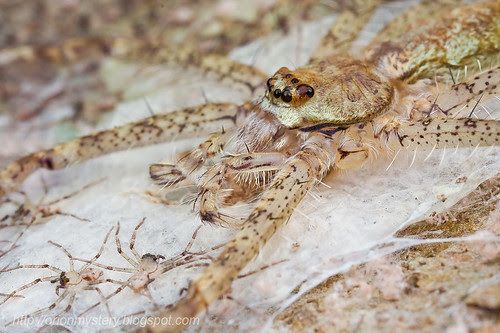 A closer look at the huntsman spiderlings. These were all the smaller ones (1st instars?) 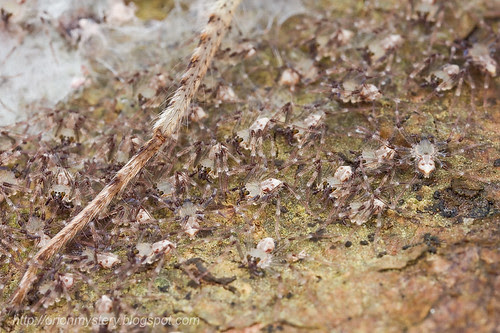 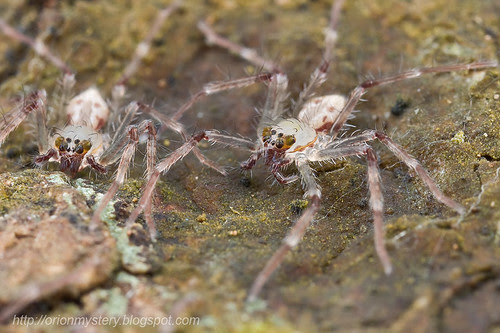 Mother lichen huntsman with her broods all around her :). It's so cool how the spiderlings neatly spaced themselves out all around the mother, all looking downwards too! 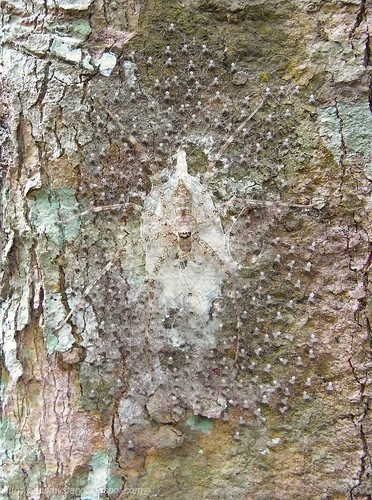 Slightly closer. There were two bigger spiderlings (2nd instars?) in front of the mother on the egg sac, and many other smaller ones (1st instars?) all around 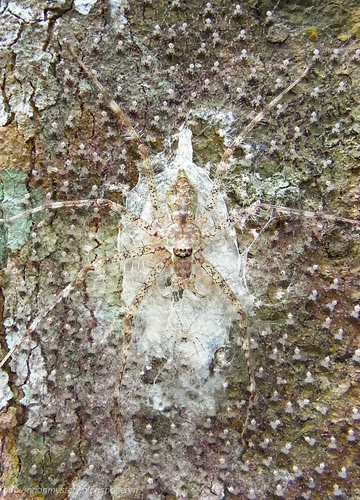 A crop showing the bigger spiderlings (2nd instars?) in front of the mother vs the other smaller ones (1st instars). 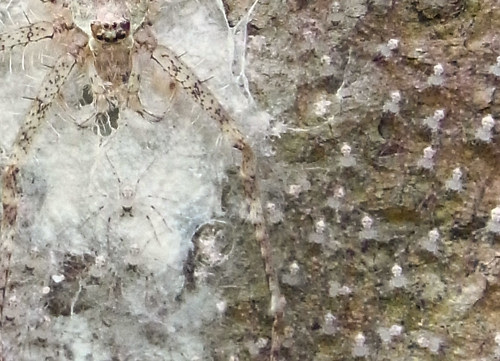 Mother lichen huntsman and the spiderlings were still around, but the bigger spiderlings (2nd instars?) seemed to have left the nest to embark on their own life journey :) 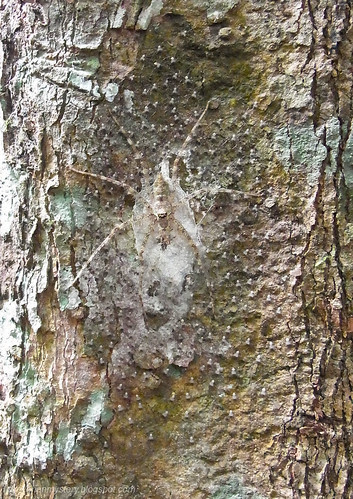 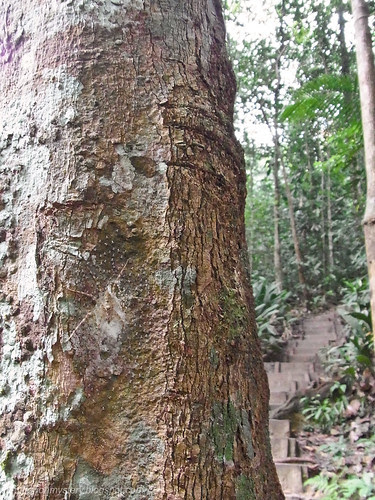 I went back again a few days later but they were all gone.

A different type of huntsman with egg sac and later, spiderlings:

Orange huntsman with egg sac. You can see some emerged spiderlings through the crack on the egg sac. 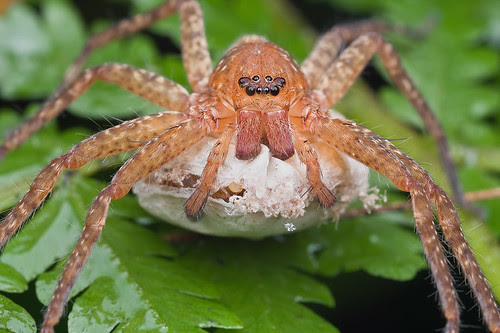 Orange huntsman with her spiderlings. Not the same individual. 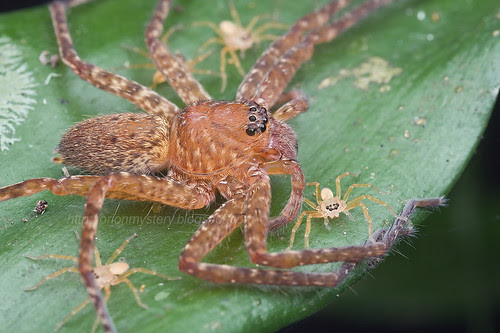 A lone spiderlings on an empty egg sac. 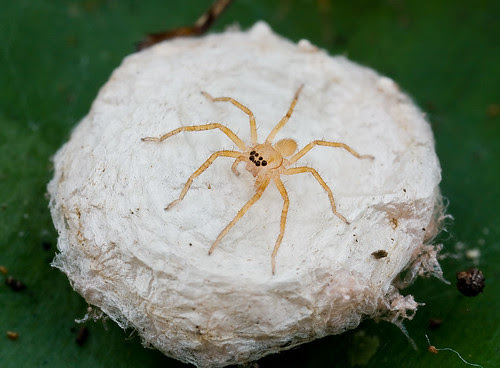 I have a post on Viciria sp. jumping spider life cycle too in case you are interested.

Posted by Kurt (OrionMystery) at 7:06 PM