But this is different - this is eating! Yes, an ant-mimic crab spider with prey! Unfortunately, the spider dropped its food soon after I took a few shots so these are all I've got!

It's clear that the mimicry is for predation. The weaver ants must be quite silly though to fall for a mimicry like that.

I mean, look at the spider's big head and forehead - it's too big and too cute to pass as a weaver ant! Did I mention the spider has a big butt too? :D 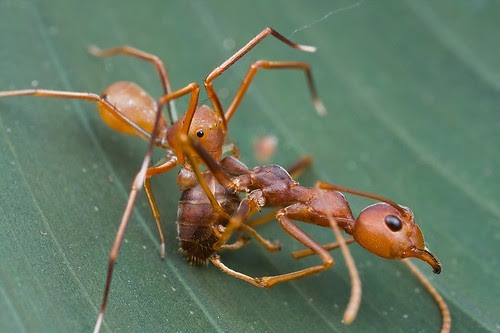 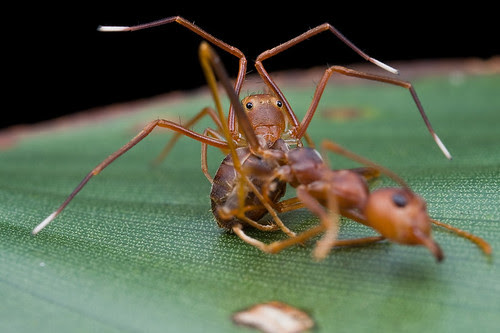 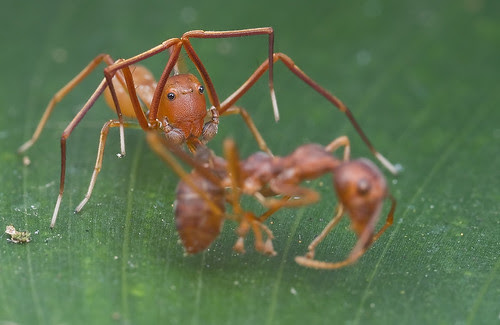